Menu
Tough Love Travel is FUNDI certified in South Africa.   I can help you experience lions in South Africa, meet a Soweto native, get into the home of a Jazz musician in Cape Town, or kayak with Southern Right Whales along the Garden Route. Schedule a FREE appt here to talk more… 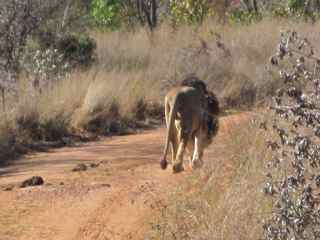 I was dressed in layers, zipped into my new Safari fleece, and covered by a stack of wool blankets, but it was the hot water bladder that they placed at my feet (and another in my lap) that made me say, “Ahhhh…..” 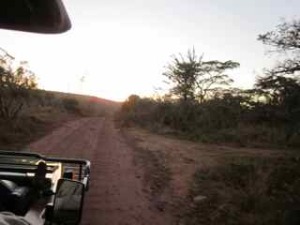 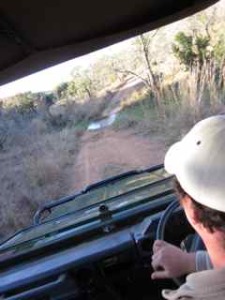 On this dim June morning —  winter in South Africa —  in a covered but sideless green safari jeep, we headed out into the jungle savannah north of Joburg, to track lions in South Africa.

Our ranger, Johann, had heard the pride moving west through our camp during the night, so he struck out immediately in that direction.

WHAT’S THE TERRAIN OF LIONS IN SOUTH AFRICA?
Wide dirt roads form the main arteries that cross the reserve, and we made good time at first, hustling west. 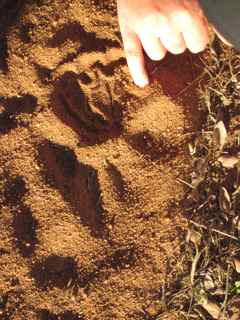 At one point, Johann (our local expert on lions in South Africa) stopped and observed tracks in the powdery red earth.  He immediately turned the jeep around — apparently, the pride had been distracted in a new direction. 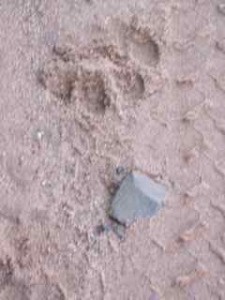 Wide lanes turned to narrow paths, turned to overgrown tracks, until our jeep was literally bushwacking through the spare winter scrubland.  Then we saw the “ladies”.    Sprawled beneath some trees, alongside a little stream,  the pride lounged, and groomed, and yawned.    Where was their male lion?

The radio scratched on with a fellow ranger’s hushed voice:  “He’s over here”. 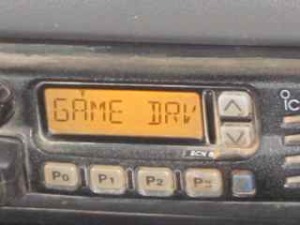 MEET THE LIONS OF SOUTH AFRICA
Johann maneuvered our jeep back to the main track, around the corner, down a steep drop, to ford a small river — and there he was… 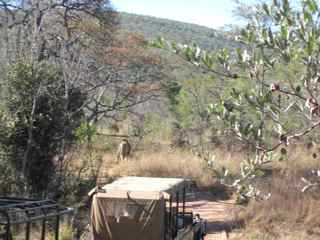 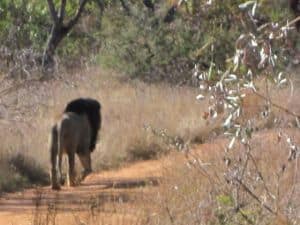 plodding calmly but regally along, his shaggy chocolate brown mane standing out starkly against his soft tan body.  His paws, looking oversized even from 8 meters, dragged lazily along.  There were those tracks we had spotted on the road, 2 hours earlier!

WHAT ELSE IS ON SAFARI, BESIDES THE LIONS OF SOUTH AFRICA?
On that drive, we also saw baby zebra, 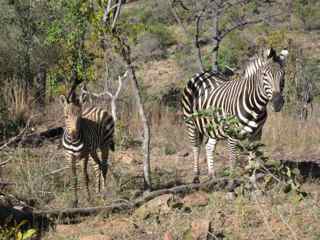 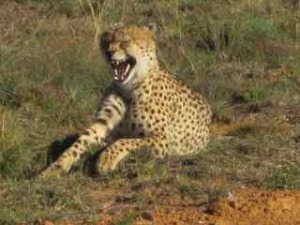 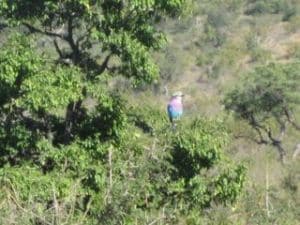 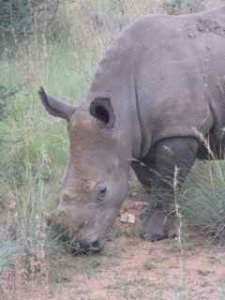