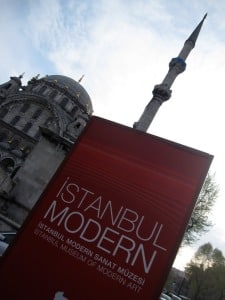 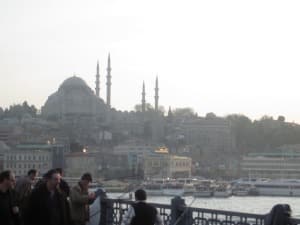 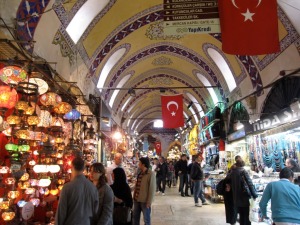 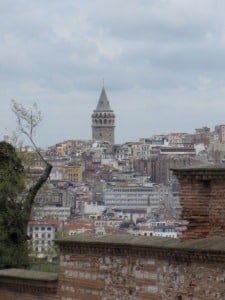 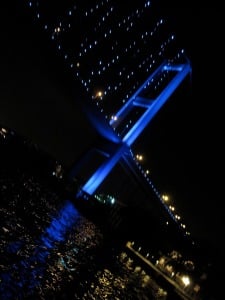 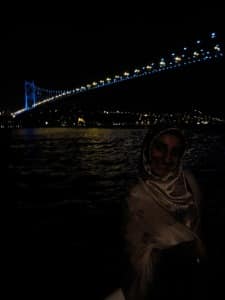 Cruising the Bosporus, enjoying kofte on rice, I met the 2 young Istanbul sisters. In their excellent English they giggled, searching for precise vocabulary words to tell me about their schooling, their family, and their dreams to become teachers and translators. They introduced me to their Anne (pronounced a-nay), or Mom, who still spoke only Kurdish, then proceeded to fill in my gaps in the 4000 years of history of their hometown. We cruised past the heritage markers like the Ortakoy Mosque and luxury hotels like the Ciragan Palace Kempinski (the fanciest hotel in town). By the time the baklava was served, we got around to the subject of headscarves. 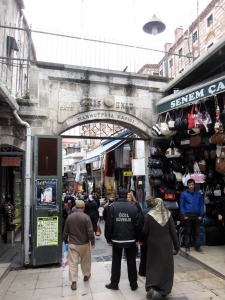 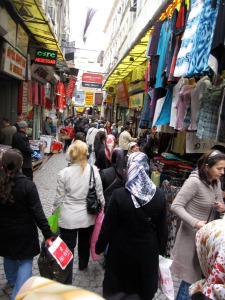 Turkey has worked hard to promote its secular image since its inception in the 1920s. 25 years ago, nary a scarf could be seen on the Beyoglu streets, and today, despite the fact that about 45% of the female population wears scarves, Turkey has outright banned them in government buildings and public schools. Some real families, like my dinner cruise companions, raising their daughters in Istanbul, struggle to protect their Muslim customs, often by giving their daughters an Istanbul version of home-schooling. Other female students wear special wigs over their scarved-heads.

Still, others find scarves to be demeaning to their gender or an outright political statement.

Headscarves seemed an odd question for such a culturally integrated, modern country, so I was left to wonder what regular people thought about it. I decided, as I toured around, to take an informal poll.

As I tunneled through the 5 floors of 4th-century underground city, Derinkuyu, out in Cappadocia, 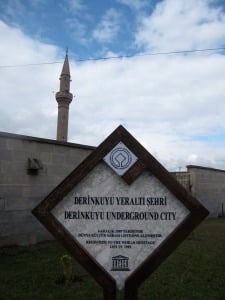 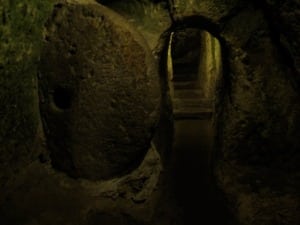 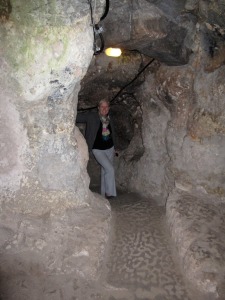 I asked my guide what she thought about it. She distained the historic scarf requirement, and so now retorted that, after the long years when all women -practicing Muslims or not- were required to scarf-up, the new freedom felt appropriate, and even vindicating. To her, scarves were a loaded symbol, and her enthusiasm over the full-swing change to outlaw them couldn’t help but bring to mind our own affirmative actions in the US. 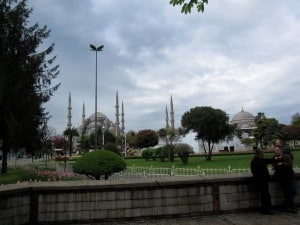 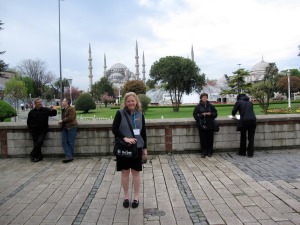 As I counted spires at Blue Mosque (there’s 6! In a 15th-century world of 4-spire mosques, this mistake is the reason why the big mosque in Mecca was given a 7th!) and the Topkapi Palace (home to the staff of Moses and other relics collected by the first Caliphs), I noticed schoolgroups on tour. Not a single girl was wrapped, as per current national law. I mulled over the value choices that were at stake: to follow one’s family’s tradition and personal beliefs or to get an education.

As I rode the funicular up to “my” Taxsim neighborhood and Old City, 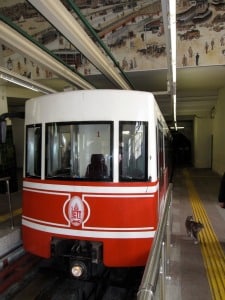 I asked a chatty group of 20-something girlfriends. They were a mixed group… some bare-headed, some covered, and some sporting both scarves and tight pants… all co-existing and mutually accepting. It reminded me of US high-schoolers, who all go to a Friday night party, drinkers and abstainers dancing side-by-side. The Millenial generation makes all this acceptance look so easy, that I had to remind myself of the deeply-rooted issues at stake.

As I photographed oil tankers heading south from the BlackSea and Russia, 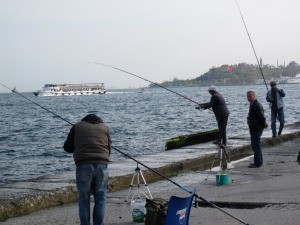 I asked some local moms whose children played around the tulip beds (did you know that Turkey’s gift of tulips to the Netherlands started the whole craze up there?). 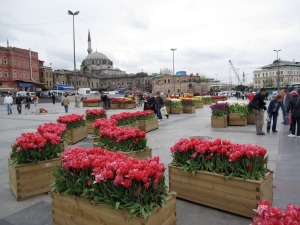 They wore beautiful scarves, an undeniably feminine flourish which I admired. We stumbled through a warm tho largely untranslated exchange. From all I could gather, they seemed content in their world, untroubled and a bit set apart from the secular debate. 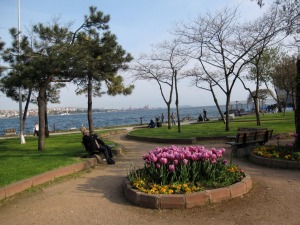 As I sat on the terrace at the boutique Museum Hotel in Uchisar (site of the Uchisar Castle, in the land of cave dwellings), 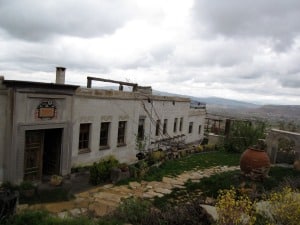 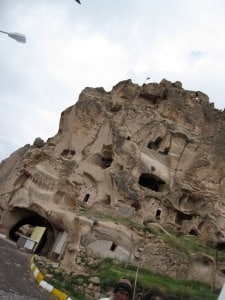 I was alone to savor my gritty Turkish coffee and to people-watch. In this historic mountain village, famous for its impenetrable fortress during centuries of warfare, all seemed at peace, a congenial commingling of all generations of rural residents, city travelers, and even international guests from all over the Middle East, Europe, and the West.

I even asked a few males. It seems that everyone had an opinion on headscarves and few of them are without conflict. I learned that headscarves are just one of many “charged” issues in their country, but unlike an international issue like forgiveness with Armenia, the headscarf issue is striking right in the heart of the Turkish families.

These two sisters from the Bosporus came to represent Turkey for me. They knew they lived in storied land, and they were excited to share it. Their lives were impacted by current politics, yet they were not bitter. In fact, they loved their city and planned to stay there after University.

They’ve invited me to come to their home when I return to the city, and, in the meantime, we’re Facebook Friends! 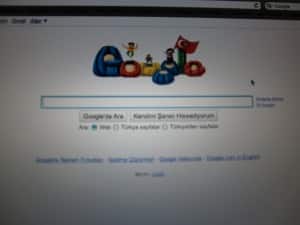 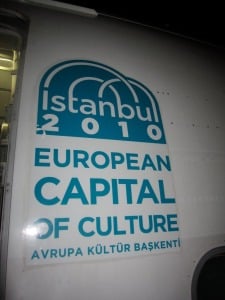 For a full slideshow of “Istanbul: East meets West”, go to: