On a recent getaway to Montreal, I was introduced to this Jewel of Junkfood…
Poutine —  it’s that heaping plate of Fries drowned in gravy, crumbled cheese curds, and (for those Atkins-haters)  even bacon! 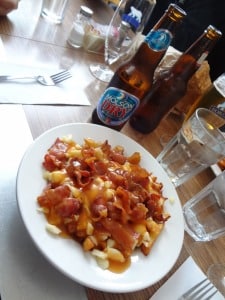 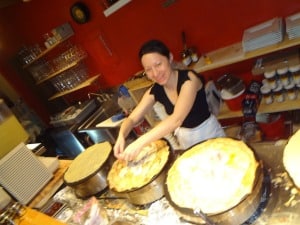 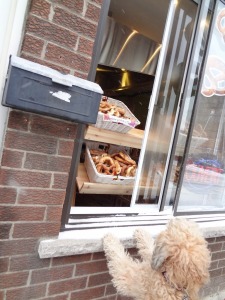 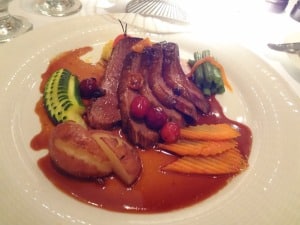 You can treat yourself to strawberry-n-nutella crepes...sample “white” hot chocolate and Philly-caliber pretzels…and feast on a fine French duck at Bonapartes…


But no trip to Montreal is complete without the Poutine!


This culinary tradition dates back to the 1950s, to Quebec, when a restaurantuer  told a customer, who was requesting fries and cheese to be packaged in the same take-out bag,

The gravy ingredient was added about a decade later by Jean-Paul Roy whose potato gravy recipe providentially existed in the same city as the poutine creation, making an easy culinary merger.
Poutine eventually spread down the Atlantic coast to NY and NJ– the term “disco fries” ring a bell?

Now you can get poutine in fancy restaurants as well as  24-hour diners….
You can get meat gravy and sometimes even marinara saure or BBQ Sauce…although Quebecers will act appalled at this corruption.

You can even get poutine out on the West coast!

In-n-Out Burger has an off-menu item that’s french fries with grilled onions and sauce.  They don’t advertise it, so expect a look of surprise when you walk up to the counter and say, 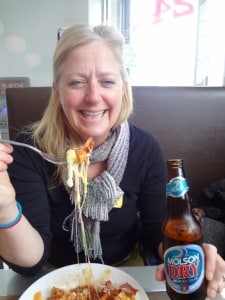 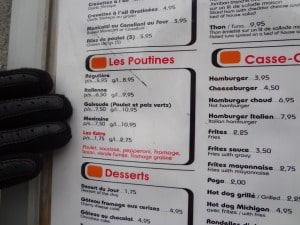 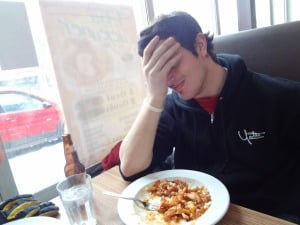