Menu
These are the faces of South Africa… 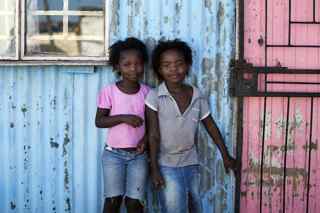 … the faces of Soweto… 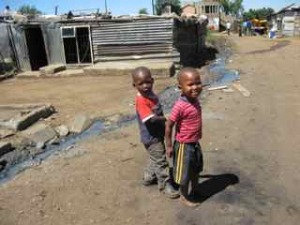 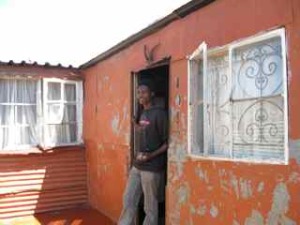 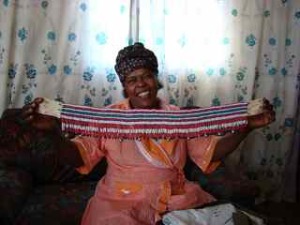 My day spent in this area revealed shanties, but also smiles.   I had the great fortune of meeting Mandy, a 40-something gal who grew up in Soweto and now has been named Woman of the Year and owns her own company. 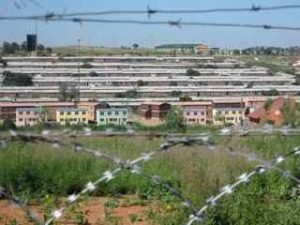 As Soweto’s iconic Orlando Towers came into view, Mandy filled me in on apartheid history, starting with the organization of work camps during the Gold Rush and moving through the mass relocation on Johannesburg black residents, out to the townships, in the 1940s and 50s.

“Soweto” comes from “so where to now?“, she explained, exposing the debasing loss of home experienced by this entire generation of South African Blacks.

In spite of the humiliations heaped upon them, they held fast to their community and their humanity, and have created a vibrant, though at times worrisomely poor, home.

Mandy took me to her old neighborhood where she grew up.   It was late morning and the local women had gathered with their toddlers at the local spigot — their single water source for 100’s of families — to wash clothes. 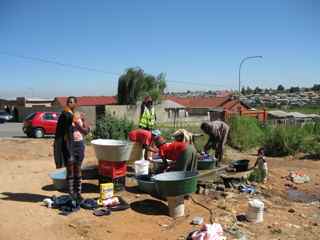 Some local teenagers volunteered to give us a “tour”, and, within minutes, we were standing in their home —  a 8’x14′ corrugated metal shack, home to 6 of them,  ages 8 to 17!   The squalor was quickly dissipated by their bright spirits and their eagerness to host us.  One of the smaller boys held out a softball-sized doughy ball — a treat that appeared to be one of the staples of their diet, that he proudly offered to share.   Before long, we felt right at home, and the conversation turned to a common turf:  soccer! 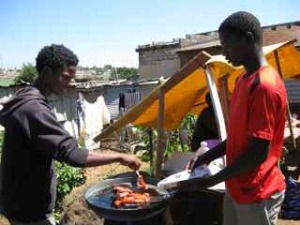 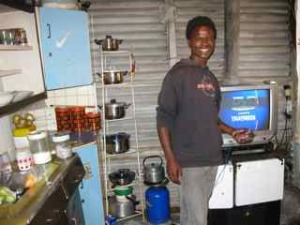 Other stops on the boys’ “tour” included Marcus’ home, which he had tricked out with a TV and frig, run by electricity siphoned off the grid,

and even a lunch stop at the local BBQ stand!

It’s true that many of Soweto’s residents live in conditions which we cannot even imagine.   Their homes are made of scrap metal and tarp, and a mere three portjohns service hundreds of folks! 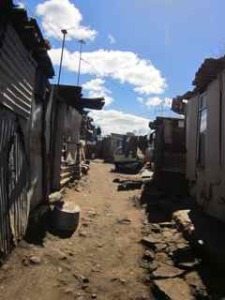 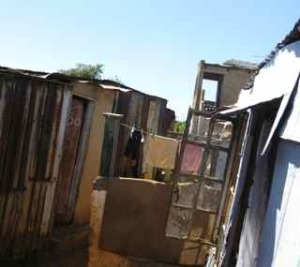 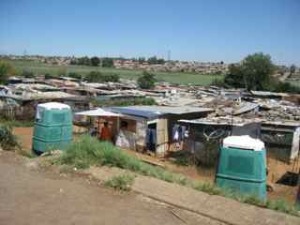 But I was overcome by the friendship extended to me.  I was able to buy a lovely handmade necklace, made by this young gal– 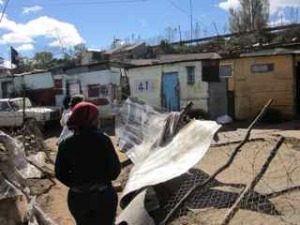 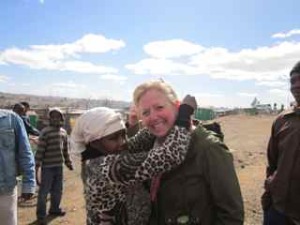 And an older woman even invited me to spend the night with her in her home — an invitation I would have loved to accept if I had not already booked a flight out to Durban. 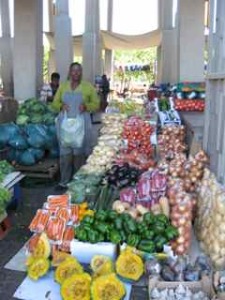 Mandy had encouraged me to stop at the local Farmer’s Market to purchase fresh fruits and vegetables to share with the mothers of Kliptown, one of Soweto’s oldest and poorest communities (and, in fact, the place where Nelson Mandela hid out before his arrest in the early 60’s).

My connection with Mandy opened doors not only to locals in the township, but also to famous Soweto residents like Winnie Mandela, whose home we stopped in for a brief event. 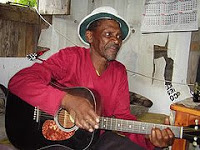 And that evening, Mandy returned with me and some other travelers to do a Shebeen Crawl — that’s a pub crawl, South-African-style!  Shebeens all offer drink, local music, and neighborhood camaraderie, but while some are official-looking (and even serve dinner), many are hole-in-the-walls, tucked down tiny dark alleyways, that we never would have found — nor had the nerve to enter — without an official escort like Mandy!

So for all the cheetah-and-elephant filled safaris, the exhilarating Table Bay sails, the spicy Malay cooking days, and even the special dinner in the Cape Town bank vault! — when my mind returns to South Africa, it most often goes to the dusty lanes of Soweto and the faces that were my window into a soulful and welcoming world.