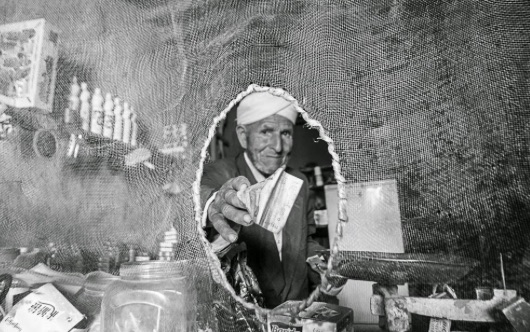 you hear the muezzin’s call to prayer, you can almost smell the ginger.  You are lured down the sloping Tala’a Kbiraf  into the crumbling medina, deep in the heart of Fez.

The mayhem of this Moroccan souk quickly swallows you.  It’s a teeming and twisting warren where tables of goat heads and homemade soap are crammed alongside crates of chickens whose squawks compete with the clang of artisan tools from the ceramic studio.   Mules laden with gas tanks plow through the narrowing pathways, as shouting schoolboys careen between them, their backpacks swinging. You melt into a stream of humanity between djellaba-clad mothers and shopkeepers, and, alongside your Berber guide, you begin to market.

Today you are on a journey to learn the art of tagine cooking.  The market’s scents of rosewater and white artichokes fresh from the earth envelope you as you sort through quince and test aubergines for ripeness.  You select a chicken from the feathered flurry of the pen, then gratefully accept the vendor’s offer to deftly slice the neck and de-feather it for you in the nearby boiling pot.

Wafting scents of fiery cumin and warm cinnamon draw you to the neighboring stall where you weigh out grams of spices to create your own Ras el Hanout, a blend translated as Top of the Shelf that will be the secret to your delectable tagine.   Back at your guide’s Ottoman-style home, called a riad, you chop and sauté all your new ingredients and the kitchen fills with an exotic aroma.  You know that this dish will be unlike any beef stew you have ever made.

And then there’s the khobz, or flat bread.   You knead the dough, but in an ancient neighborhood where homes rarely had their own ovens, you take your tray out into the bustling medina, to the nearby community oven.  For a few dirhams, the baker shoves your bread into the wood-fired oven, to bake next to your neighbors’ cookies.

During your week in Fez, you mingle with bidders at the rug auction and meet with a seamstress to have a caftan custom made.  You sip steaming mint tea as your foot taps to the alluring beat of a drum circle, and you treat yourself to a steam bath in the communal hammam.

You have practically become a local!

If Morocco is not your dream destination, then join me next month for a sail through the Galapagos Islands.