Next in Our Imagine Series: Cuba 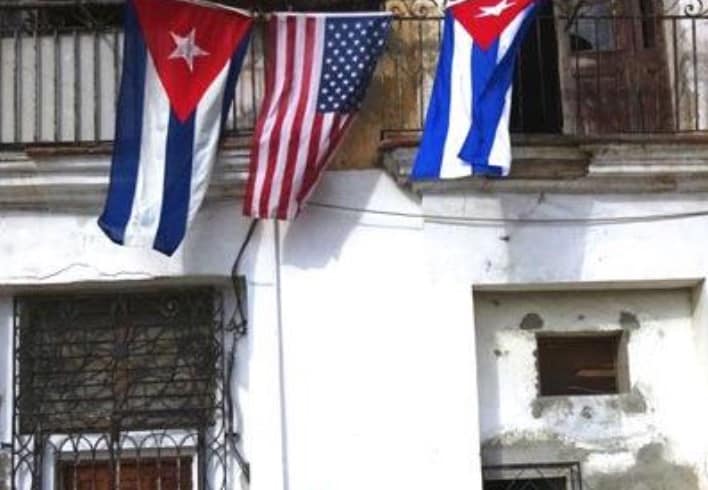 You’re driving back in time, to a warm place at a pivotal time in the Cold War.

Sitting atop the backrest of a canary-yellow 1950’s Chevy convertible, you cruise down Havana’s wide boulevards between columns of tall swaying palms, then inch through its narrow pastel Art-Deco alleyways where strings of laundry and balconies of neighbors hang out overhead.   Your attention is beckoned by one colorful, boisterous scene after another, while peering down from the walls along Havana’s streets are myriad images of Fidel, as the locals him, and of Che – vestiges of the divide that until recently made the 90 miles separating Cuba and the United States an all but uncrossable chasm.

These days, Cubans open not just their hearts but also their homes.  You are lucky to land in the casa particular (a local’s home) of Katya, whose thriving bakery business is runs right out of her casa’s kitchen, wafting the aroma of chocolate and rising dough throughout the home at all hours, day and night.

This morning, custardy quiche and a soft-from-the-oven chocolate croissant arrive on your breakfast table on dainty antique china.   Both the fare and the presentation are clearly points of considerable pride for Katya, and you marvel at the contrast between the rose-colored sofa and family heirlooms in her charming pied-a-terre, and the gritty sidewalk, chipped marble steps, wad of electrical wires, and sporadic water supply that dictates when you can take a shower each day.

No matter what hardships – or because of them – the Cuban people revel in their music.  And tonight, after sunset, you set out for a mecca of that music: the Buena Vista Social Club.

In its heyday, the Buena Vista Social Club brought together some of the island’s best musicians, performing a uniquely Cuban sound known as ‘Son.’ In the 1990’s, the Buena Vista Social Club was introduced to us in the US with a new recording, spurred by the American guitarist and musicologist Ry Cooder, who fulfilled a dream in playing with some of Cuba’s best.  The BVSC is both a sound – or a feel – and a place. The club, which sits a few blocks from the Capital, is now a destination for touristas. But the music that lifts the audience from their seats is Cuban through and through. Towards the end of the show, you find yourself in a conga line that winds past the tables and up onto the stage. Though briefly, you have made the big-time, strutting your Son steps at this famed Havana venue.

To fully inhale Cuban culture, of course, you must sample its cigars.  And there is no better place than Vega Quemado del Rubi plantation out in Pinar del Rio. The drive takes about two hours west from the capital along one of Cuba’s few highways, your car sharing the road with locals’ bikes and donkey-carts.

On the plantation, you’ll get a primer on producing the world’s finest cigars.  No fewer than 539 steps precede snipping the end of one and lighting up. You learn about different heights of tobacco plants for harvesting, and the drying and aging of leaves, draped just so across planks – 50 per plank  – that are staked on supports reaching the ceiling of a great wooden barn whose open doors and windows allow a breeze to caress the tobacco.

Although you’re no cigar aficionado, Juan’s deft rolling of the tobacco into a paper-thin wrapper leaf and patching of the end with a hand-cut plug mesmerizes, and entices, you.   And as the open-air hut fills up with the plantation owner’s sweet yet peppery puffs of tobacco, you are swept up in this dream of emerald-green rolling tobacco fields, and take a deep draw.

As your day draws to a close, it occurs to you that the distance between Cuba and the US – or at least its citizens – is even less than the narrow straits of Florida that flow between our lands.

Read More »
PrevPreviousCliff Jumping and Caves in Jamaica
NextNext in Our Imagine Series: Exploring the Desert of MoroccoNext