Menu
At Tough Love Travel, I’ve spent time, exploring the far-flung coves and waters of the Galapagos, and I’m ready to share my expertise with you!
Sign up for a complimentary phone call NOW! 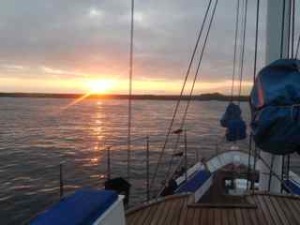 Sounds like a military plan but, no, it was our naturalist’ agenda to take us on a sea turtle mission to Urbina Bay the next morning.  Pangas are inflatable zodiac rafts that ferry people and supplies from anchored ships to the landing site.  And in the morning, our aim was the black sand beach on the remote western coast of Isabela Island, to search for sea turtle nests for which this bay is so famous.

Sure enough, at 7am,  as we motored off the sailboat, toward the beach, we spotted deep tread tracks running out of the surf and up the black sand.   ATVs?  Not here, deep in the protected national park! 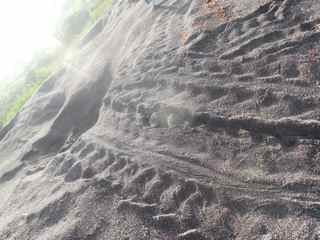 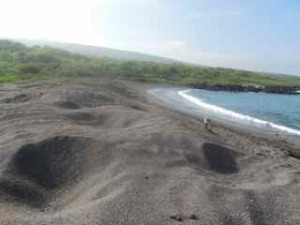 The sea turtle eggs have many predators, from island rats and sand worms that attack the nest, to gulls and crabs who’ll hunt the new hatchlings as they scurry to the water for their baptismal swim. 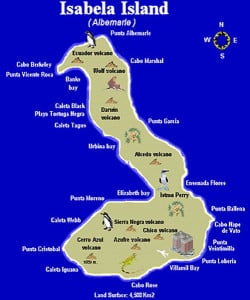 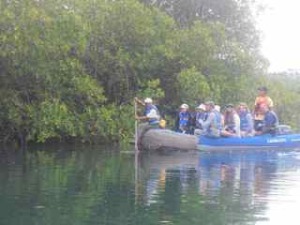 Isabela is a very large, seahorse-shaped island.  Because it’s circumference is so long, it’s impossible to see the large majority of the island, even if you stay in the main town.  So, a sleepaboard boat experience, like on our Cachalote, is priceless!

It enabled us to get to Elizabeth Bay, where we poled our pangas silently through the mangroves, 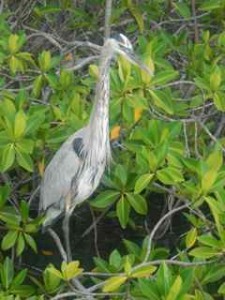 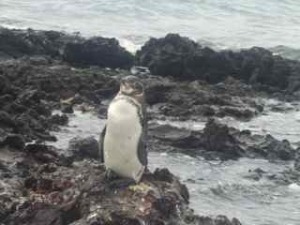 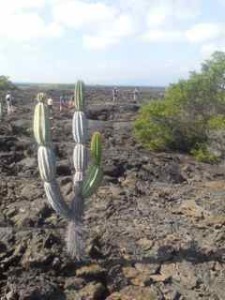 There’s also a broad lava flow on Punta Morena where virtually the only greenery comes from candelabra cacti which jut out of the rough ground,

and the only visible life comes from small clear inland ponds into which blowfish and white tip sharks wander through underground lava tubes from the sea.

This geologist from our boat waxes beautifully about the poi poi lava:

And further north is Tagus Cove.  Here, tall cliffs prevent sea turtles from coming ashore to nest, but we hiked to Darwin Lake,  photographed Darwin Volcano, and, alongside some steep cliffs, swam for more than 30 minutes accompanied by a rambuctious sea lion!  Did you know that sea lions have fingernails, just like us? 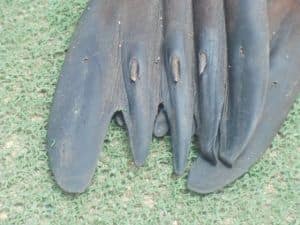