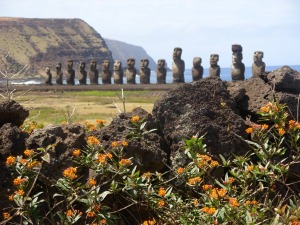 Easter Island — Rapa Nui in the native tongue – is a minute volcanic island in the South Pacific with a history magnificent enough to captivate any imagination. The most remote, continuously inhabited island in the world, it lies just over 2000 miles off the coast of Chile, not quite halfway across the Pacific to Tahiti.

The island’s most storied occupants are the moai, great carved beings that are representative of the people’s forebears. The moia, made of tuff or volcanic rock, were quarried at Rano Raraku, one of the three volcanoes that formed Easter Island.
These statues were carved and transported to the ahu, or burial plots, on which they were placed. They were constructed at the height of Rapa Nuan culture, a society which grew to 15,000, overpopulated, and in which rivalries and shrinking resources begat civil war, which ultimately left all the moai toppled.
The British took over the island in the early 1900s, appropriating all the fields and settlements into sheep herding territory, and relocating the many tribes into one settlement on the northwest coast. This settlement, Hanga Roa, is the one and only town today on Easter Island and the home to the island’s 6,000 residents.
Here is a photo tour of my favorite island in the Pacific…
The first view of Rapa Nui, a mostly barren island of 3 volcanoes 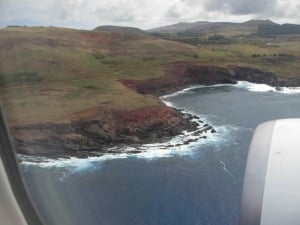 The main street of Hanga Roa is lined with street vendors, artisan shops, and farmers, including this vendor of “pisse”, an island delicacy from the seas. 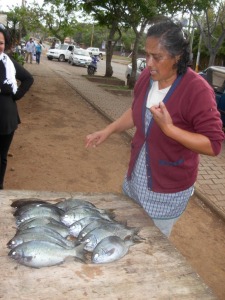 The guesthouse, right at the edge of town, is a lush gardened hideaway, hosted by island natives with deep roots… 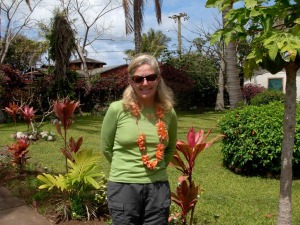 Biking is the perfect way to explore the island… the parque nationale with the moai, 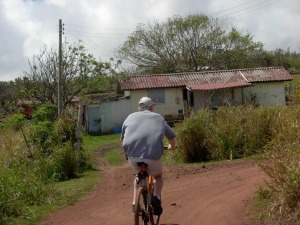 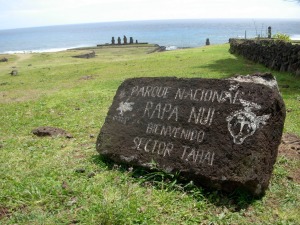 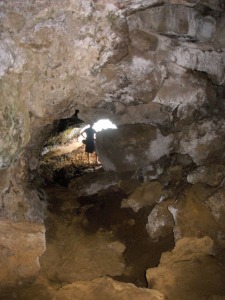 and the fishing harbor. 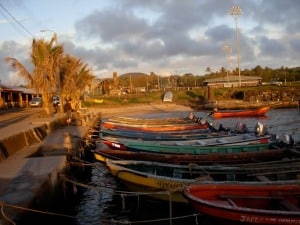 Ramon is an amusing guide, bursting with island history both old (the warring tribes of the 1500’s) and new (how long it takes to get to a hospital on the mainland), and a perfect guide for our exploration of the ruin-laden southern coast. 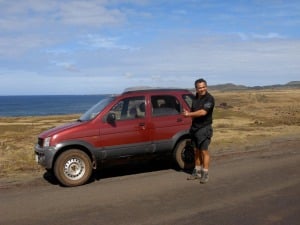 The first stop is the quarry, Rano Raraku, where the moai were carved and transported from (for theories on transport, check out sidebar). You’ll see some moai, still connected to the quarry walls, like below: 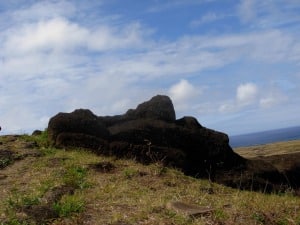 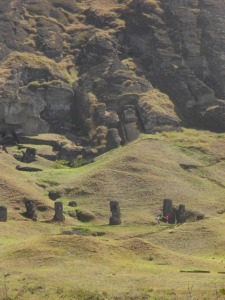 and others, completely carved, including tattooing and body details, ready to be transported to an ahu: 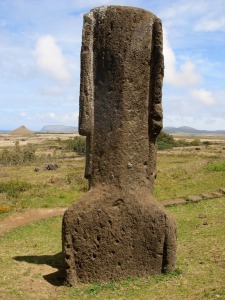 Here is “El Gigante”, measuring 65′ and weighing over 270 tons, left in place on the mountainside: 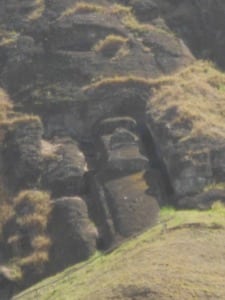 On the south shore, by the quarry, is Ahu Tongariki. It is the largest Ahu on the island, and had as many as 30 moai in its heyday: 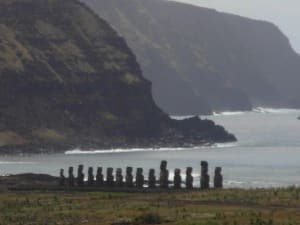 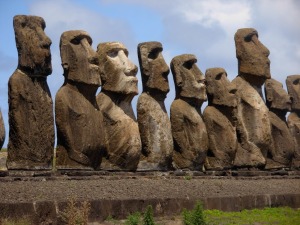 Check out the detail on these moai… the elongated fingernails, the unique facial features, and even the decorative earrings: 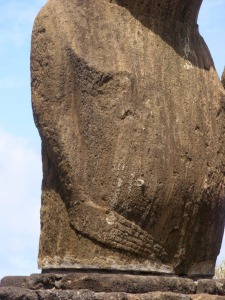 As you tour the island, you’ll see lava tubes, caves which sheltered plantlife from the tireless pacific winds, so which became garden pockets for the tribes, producing banana, tobacco, corn, and grapes: 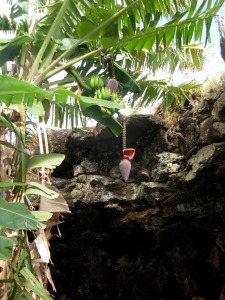 and on the eastern shore, visit Ovahe Beach. Here is our guide, Ramon, next to the burial mound of his ancestors: 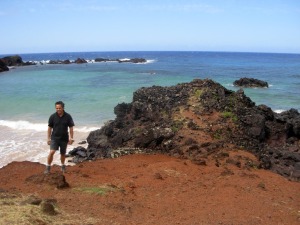 Another great day is on horesback, exploring the rugged, undeveloped northern coast: 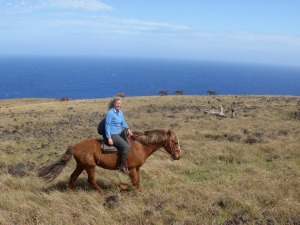 Back in Hanga Roa, have your pick of candlelit bistros 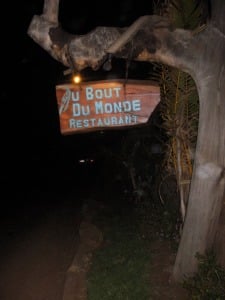 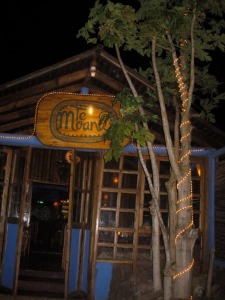 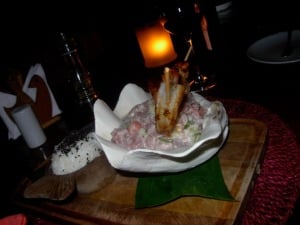 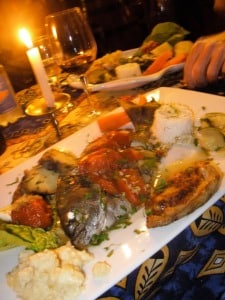 You’ll also want to take a look at the Incan stonework, like here at Ahu Vainapu: 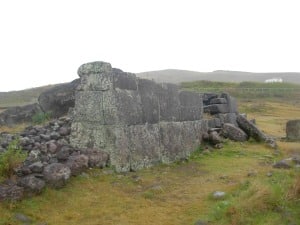 …learn the tale of the Birdman: 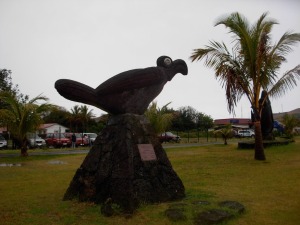 and even get your passport stamped at the post office: 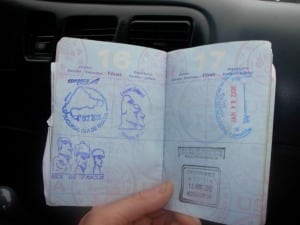 Before you go home, you should meet Miguel, who carves models of Ahu Tahai, out of the local chinaberry tree: 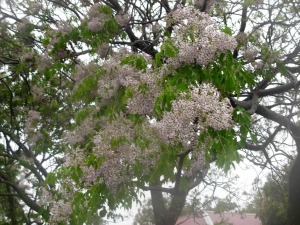 Take one home as a touchstone to this minute treasure out in the Pacific!