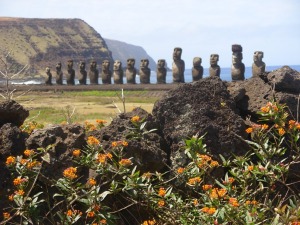 Easter Island – Rapa Nui in the native tongue —  is a minute volcanic island in the South Pacific with a history magnificent enough to captivate any imagination. 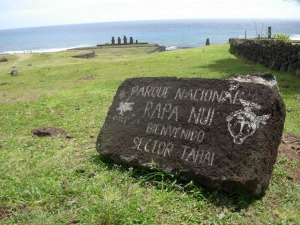 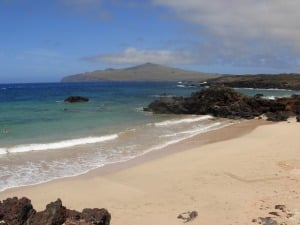 It holds the designation as the most remote, continuously inhabited island in the world,
and its most storied occupants are the Moai, great carved beings who are representations of the people’s forebears. 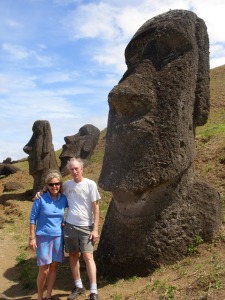 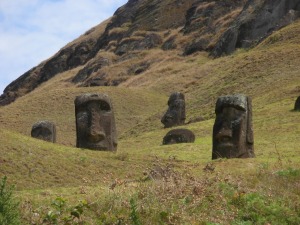 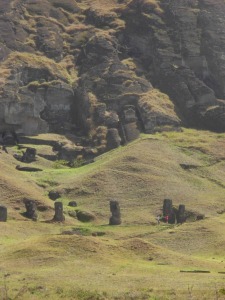 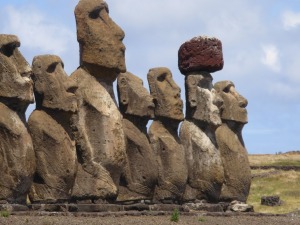 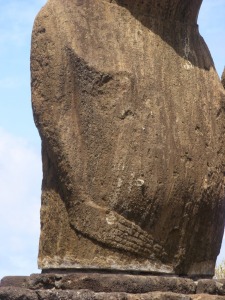 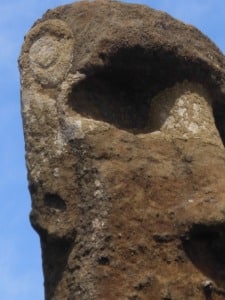 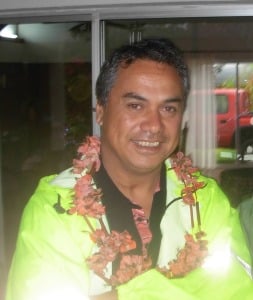 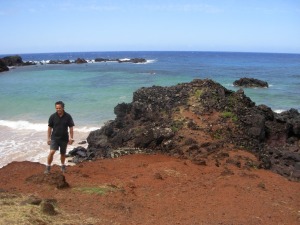 Your host guides welcome you into their guesthouse at the edge of town, and serve as interpreters for the ancient as well as modern history of their island– 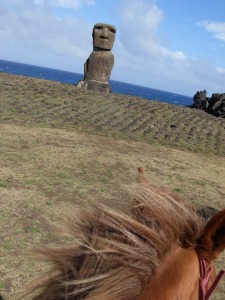 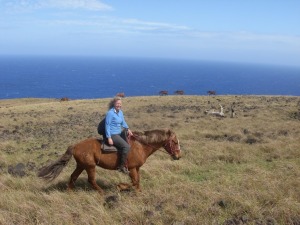 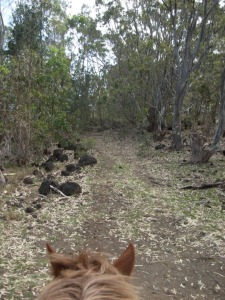 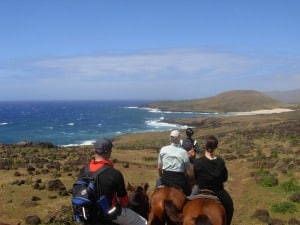 and then introduce you to a vaquero, or Chilean cowboy, to explore the lava tubes and ruins of the remote northern coast–

or you can choose to rent a bike and strike out on your own. 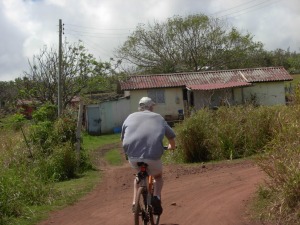 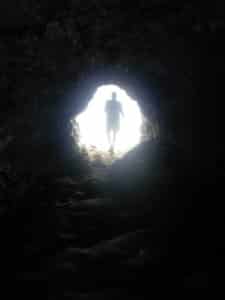 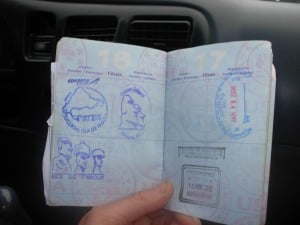 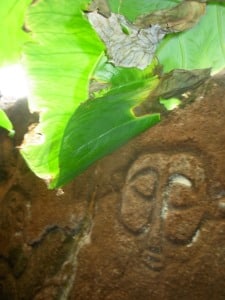 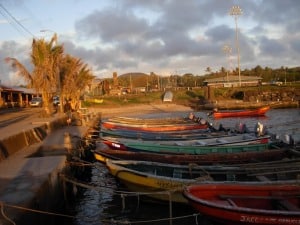 Sunset is mellow – around the  cove of  sun-faded fishing boats and overseen by the stately moai, Ahu Tautira. 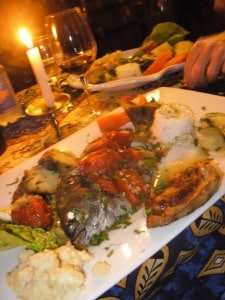 And at day’s end,  there’re lantern-til taverns waiting for you, with batik-covered tables full of pisse (pronounced pee-see) straight from the sea and lemony-sharp chilean ceviche.
All that’s left is a night of wind-blown solitude on your speck in the Pacific. 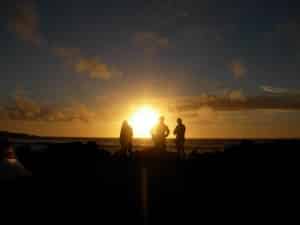