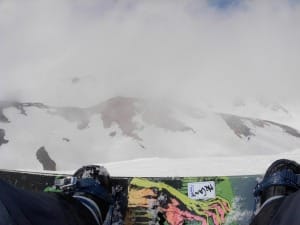 You’re not ready to hang up those skis for the season, yet? Consider Chile’s Valle Nevado!

Down in South America, the ski runs are getting their first dusting right now, and by the time we buy our beach badges here in NJ, ski passes will be in high demand in Chile!

Valle Nevado is a Find! It’s only a 45 minute, albeit mostly vertical, drive out of Santiago. There are outfitters in town to rent you equipment and clothing, as well as give you van service. As soon as you exit the city limits of Santiago, you start to climb, going “above cactus line” to find the snow and the 3 resorts which form the village of Valle Nevado, so high up you feel like you’re in the clouds!

You have all levels of lodging to choose from – starting at the bunkroom hostel and going up to 5* (where you’ll find the hot pools). 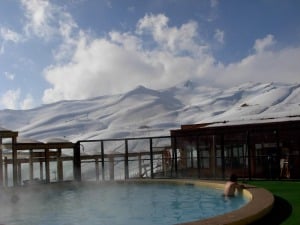 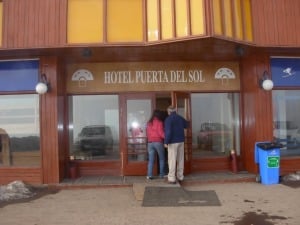 It’s the endless space (and the pisco sours) which draw you to Chilean skiing! A scene hard to describe, the vistas are endless! At one point, I sat down- somewhere around 13000’ – took out my camera, and photographed my comrades as they skied down the hill and away from my lenses… getting smaller and smaller until they became a mere speck. It’s so open it swallows you up! 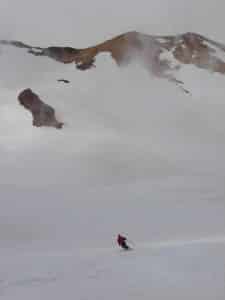 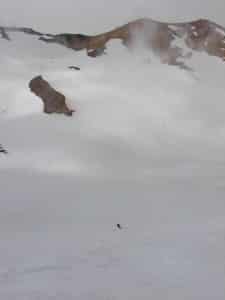 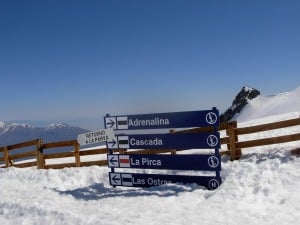 Valle Nevado labels its runs, like resorts here in the States, but the runs are more wide swaths of hillside instead of groomed, tree-lined paths. There’s also a back bowl which, I have to admit, terrified me. I felt like I was getting lost in the Great White Nowhere, but I just let my board ride along (for, like 30 minutes!) and I eventually crested back in bounds. A relief!

There’s an attentive and active ski patrol, but the space is so vast, that I could imagine days going by without seeing another person!

Let me try to describe the space…

I have ridden a horse through the Sahara desert, hiked Haleakala Crater on Maui, stood atop peaks in the Rockies outside of Ouray, driven through the Manitoba plains of Canada, and walked on the tundra of northern Alaska.

Nothing compares with the convex exposure, sheer height, open sky, and bald earth of Valle Nevado! 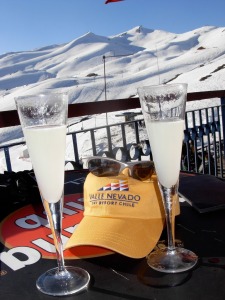 Apres ski is a mind-blowing affair, between the altitude and the pisco and the in-your-face sunshine! Meals are fun and delicious, even if not thematically-correct (we had fondue!).

And of course,one of the greatest perk of this resort is its proximity to Santiago, whose distinct barrios each offer a different flavor, letting you hop from world-famous jazz venues to brazilian eateries in one night! 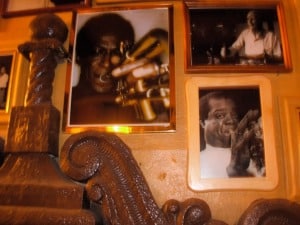 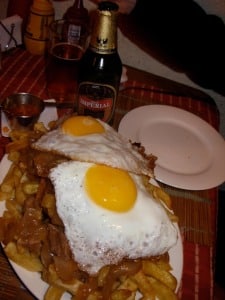 It’s the home of Pulitzer-winning poems by Pablo Neruda, and the scene of amazing political drama of Pinochet.

And if you can squeeze out 4 extra days? Fly out to Easter Island! 2000 miles off the coast, you can access this treasure from only Tahiti on the West or Santiago on the east. (this is a topic for next week!)

Everyone is wondering how travel to Chile will be impacted by the recent quake but here is what Travel Weekly had to say, in their March 8thedition: Peru was hit by flooding that forced the closing of Machu Picchu, then a massive earthquake hit Chile. The tourism industry in both South American countries is regrouping, and tour operators say they expect the areas to rebound quickly.