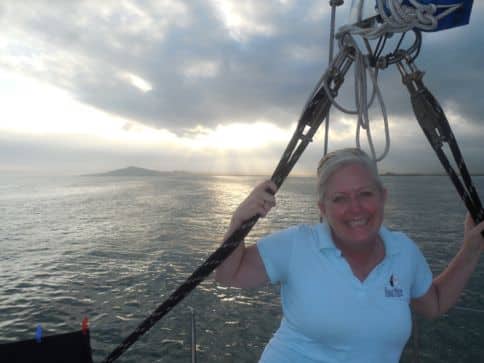 …waking on a classic 2-masted sailboat with only 15 other guests in the Galapagos Islands, anchored on the western side of Isabela Island. The night before, your naturalist told you that breakfast would be early because you needed to be in the pangas (those rubber rafts) by 6:45am. So you know that something special is about to happen.

The Galapagos has rolled out its bounty of wonders to you over the week. A juvenile sea lion cavorted with you in Urbina Bay, easily besting your underwater somersaults and locking eyes, if only for a moment, through the clear sea. 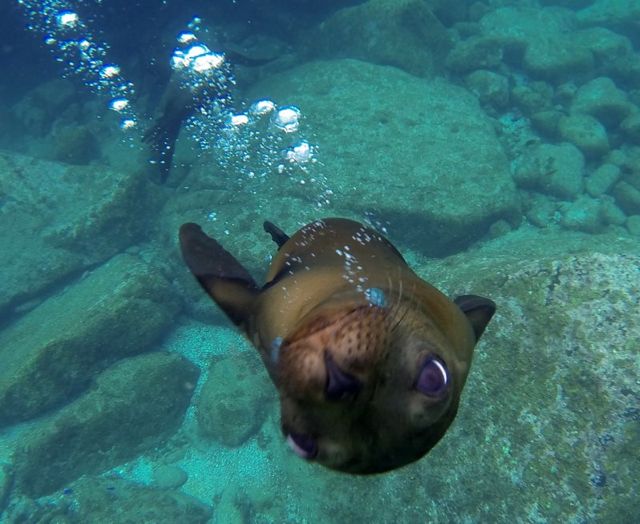 When the ship approached a compass reading of 0*00.00’, the crew hosted a spirited equator-crossing party where everyone sang songs from their homeland and toasted the voyage.

A Sun Fish, as rotund as a blimp, floated just below the boat in the Bolivar Channel, and above, on one calm late night, the Captain pointed out the Southern Cross from the sea of stars in the southern sky.

As your panga putters to shore, you survey a wide crescent of black sand, lined with stubby green mangrove bushes, completely still except for a lone, circling pelican.
But then you spot tracks ahead. They look just like ATV tracks – double-wheeled, heavy treads that have pushed deep marks into the smooth black sand. They’re coming from the water’s edge and running straight up the bank of the beach. How did an ATV get all the way out here? And why?

But as the panga glides in for the water landing, you get it! There are giant 7’-wide craters dotting the crest of the beach. And those tracks? They were made by mama sea turtles who crawled ashore the night before, each laying between 50 and 200 eggs. Deep inside the holes lies the next generation of Galapagos sea turtles and you have been one of 16 lucky humans to discover them.

Thank goodness that you were on the Cachalote whose crew went the extra mile to ensure that your small group had the privilege to arrive at daybreak while the nests were still pristine. You tiptoe past and leave them undisturbed, tucking a dream in your heart of the babies that will, in three months’ time, leave their own tracks in the warm Galapagos sands as they waddle towards their first swim.

You want to sleep on shore rather than on the water?
Landstays have their own benefits, like the fish market where the “locals” hang out, and the nightly kioskos where streets are closed, tables are hauled out, and BBQ pits lit, so workers and tourists alike can share an al fresco dinner.
Staying on land also gives you a chance to learn more about the giant tortoises for which the Galapagos is so famous, and to soak in a leisurely day out in Tortuga Bay where the only crowds are marine iguanas, boobies, and herons.

So how do you get to the Galapagos Islands?

Choose a gateway city. Either Quito in the mountains, a UNESCO Cultural Heritage site where you can watch the Changing of the Guard in Old Town, stand with your feet in two different hemispheres at the same time, ride a horse above cloud line, trek a volcano, or enjoy music along pedestrian-only La Rondo.
Or enter via Guayaquil on the coast, with its shipbuilding heritage and traditional mansions, an intriguing museum with authentic shrunken heads, evening river cruises, and miles of malecon sidewalks. 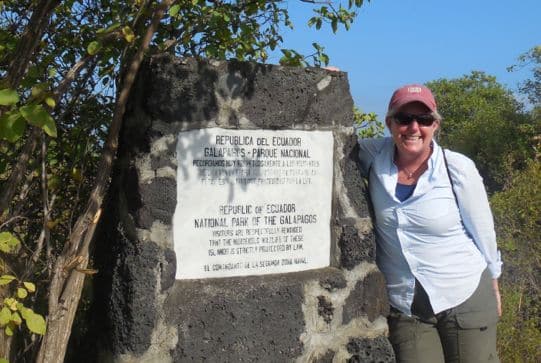 What’s it like being a client of Rare Finds Travel? 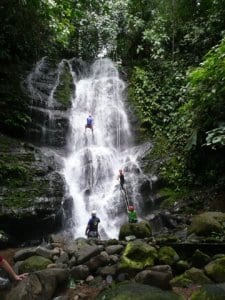 Melanie Used to Work for NASA

“To Melanie, the extraordinary agent who really cares (such a pleasant surprise). 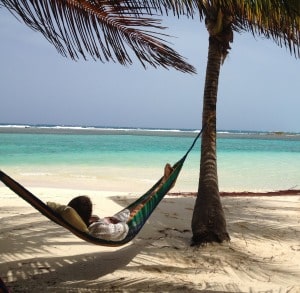 “You will never find a more thorough, “all in for you” every 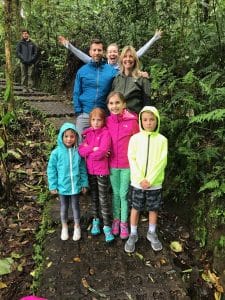 We saw 5 Sloths! When my kids asked what we are doing

See Ecuador and the Galapagos in Action

How to pick a ship:

Charles Darwin - even his “loo”

Sunrise, my favorite time of day

Feeding “the locals” at the Pelican Bay Fish Market

Custom Ecuador and the Galapagos

Let us design your special adventure to the Galapagos
Start Here

Custom Ecuador and the Galapagos

Let us design the trip of your dreams to Ecuador and the Galapagos! All you do is pack-and-go-play!
Start Here